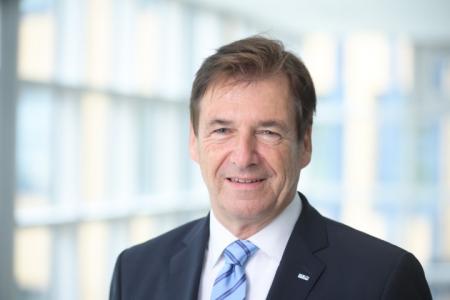 Chairman of the Industrial Advisory Board and Member of the Board
E-Mail: v.schmidt@lzh.de

Study of Macroeconomics, Law as well as Medieval and Modern History at the University of Hamburg, diploma in Macroeconomics obtained in 1987.

From 1987 to 1991, Executive Assistant at the Institute of European Economic Politics / Institute of Transportation Science at the University of Hamburg and promoted to Dr. rer. pol.

Consultant at ESSO AG until 1993 and in the German Federal Ministry of Finance (until 1994), afterwards, from 1994 to 2000, member of the planning staff and personal assistant of the Chairman of the CDU/CSU parliamentary group, Dr. Wolfgang Schäuble and, until 2001, Friedrich Merz.

From 2001 to 2003, Head of the Staff Unit Economic Politics/Political Planning of the Hamburg State Minister for Economics and Labor Affairs.

From 2003 to 2008, Head of the „Political Department“ of the State Chancellery of  Lower Saxony.

Since 2008, CEO of NiedersachsenMetall, Association of the Lower Saxony Metal Industry and of eight further industrial employers’ associations.

Dr. Schmidt was appointed to the Board of Directors of the Laser Zentrum Hannover e.V. (LZH) in 2009 and was elected Chairman of the Industrial Advisory Board of LZH in April 2013.