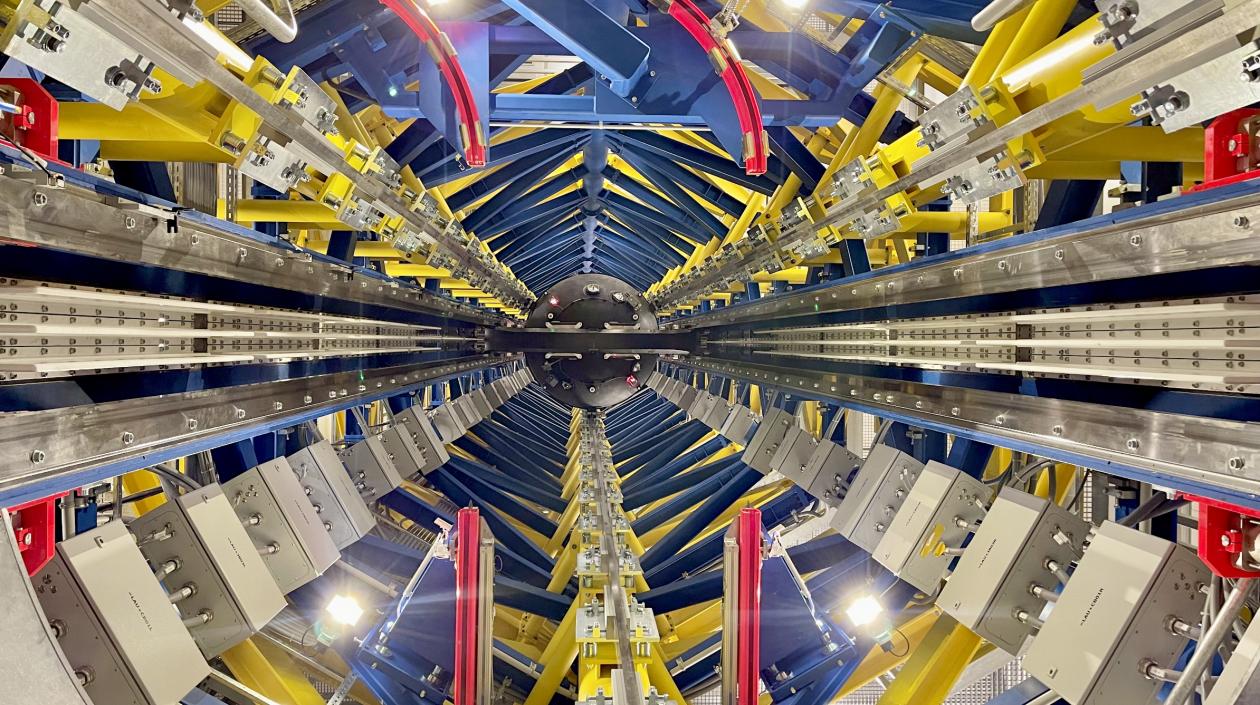 Scientists of the LZH are investigating the influence of gravity on laser beam welding processes. Experiments in the Einstein-Elevator will provide important insights.

To equip space stations, fully assembled assemblies currently have to be transported into space. This takes up cargo space and leads to high fuel costs. One solution to this problem could be laser beam welding: Laser beam welding could be used to join add-on parts or spare parts together directly on site. And instead of replacing entire assemblies, existing equipment could be flexibly expanded, modified, or repaired.

Experiments in the Einstein-Elevator to provide insights
In space, many conditions for laser beam welding are different from those on Earth. Among other things, vacuum conditions, radiation, and electric and magnetic fields cause materials and processes to behave differently. How exactly gravity affects metallic molten pools is what the researchers want to investigate in the Einstein-Elevator at Leibniz Universität Hannover (LUH).

Specifically, they want to investigate the flow behavior for laser beam welding of similar and dissimilar joints made of aluminum alloys and steel materials. For dissimilar welds, the scientists also want to analyze the mixing behavior of the materials in the melt. Furthermore, the influence of the greatly reduced convection under microgravity on the molten pool and the resulting joints will be investigated.

The Einstein-Elevator of HITec – Hannover Institute of Technology is the further development of a classical drop tower, with which experiments can be carried out under reduced gravity and microgravity (corresponding approximately to weightlessness). The achievable microgravity is less than 10-6 g, the maximum experiment duration is 4 seconds. The value of microgravity achievable in the Einstein-Elevator without vacuum is 10-4 g. This condition corresponds, for example, to the conditions on the International Space Station ISS.

About the project µg welding
The project "The behavior of metallic melts during laser beam welding under microgravity" (µg welding) is funded by the Deutsche Forschungsgemeinschaft e. V. (DFG, German Research Foundation) under the reference KA 3952/13-1.