LZH’s MOMA laser ready for the flight to Mars 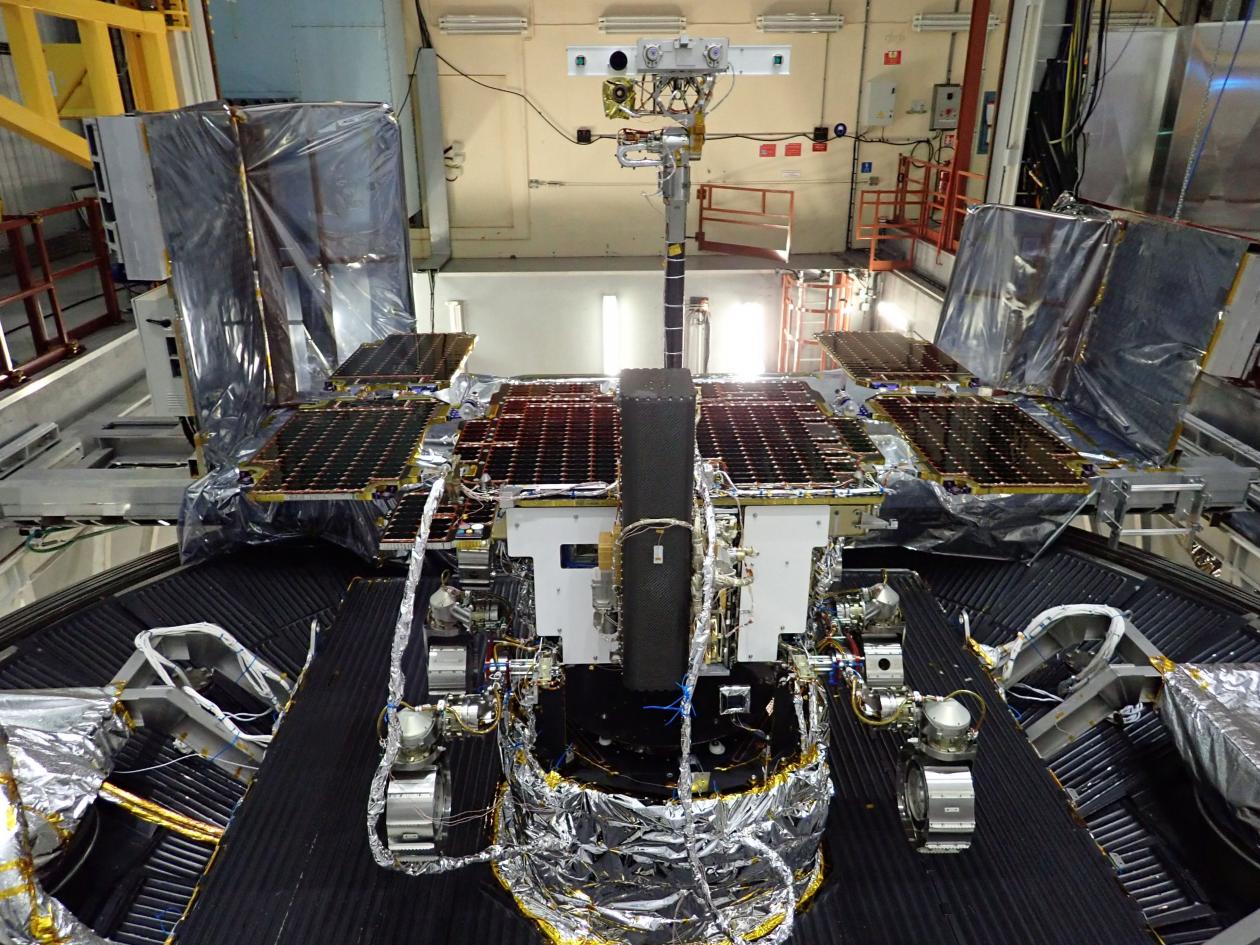 One last time on Earth it has been turned on in France in December 2019. The next time the MOMA laser developed by the Laser Zentrum Hannover e.V. (LZH) is going into operation will be on Mars. The ExoMars rover into which the laser is integrated has now successfully passed the thermal vacuum tests at Airbus in Toulouse, France.

For 18 days the ExoMars rover Rosalind Franklin was subjected to thermal vacuum tests at Airbus. There, it had to withstand strong changes in temperature and vacuum. The tests at Airbus imitate the conditions on Mars and simulate two hot and two cold Mars days. These so-called sols last approximately 24 hours.

Searching for traces of life
The LZH laser is a central component of the Mars Organic Molecule Analyzer (MOMA) measuring instrument, which is installed in the rover's Analytical Lab Drawer (ALD). The MOMA laser is supposed to bring soil samples into gas phase on Mars. The probe will then be analyzed with a mass spectrometer to examine the sample’s molecular composition. If the rover were to find organic molecules, it could be an indication of past life on Mars.

Small, light and very robust laser
The solid-state laser head is diode-pumped and emits in the UV spectral range with a wavelength of 266 nm. It is the first laser for space applications with this UV wavelength. It has an adjustable laser pulse energy of up to 130 µJ. Its special properties are however weight, size and above all its robustness. With a length of about 20 cm, it only weighs about 220 g.

Planned mission start in summer 2020
Having successfully past the tests, the rover will now be integrated into the landing module of the overall system. For this purpose, it will travel to Cannes in the next few weeks. Its last stop on Earth is Baikonur in Kazakhstan, from where the ExoMars mission will start probably in July or August next year.

About ExoMars
ExoMars is an astrobiology project of the European Space Agency ESA in cooperation with the Russian space agency Roskosmos with the participation of NASA.

The laser development is funded by the space agency of the German Aerospace Center with funds from the Federal Ministry of Economics and Technology based on a decision of the German Bundestag under the grant numbers 50QX1002 and 50QX1402.

There are three figures for this press release.