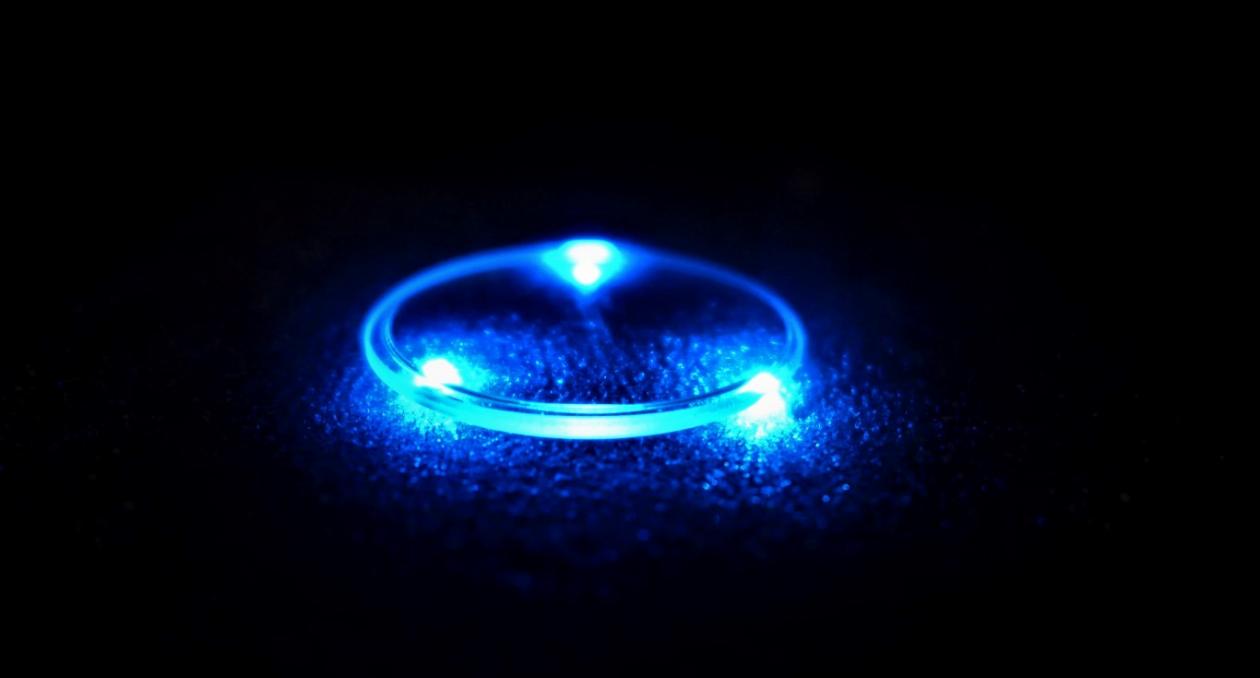 From the fundamentals to a concrete product: In a new, international research consortium, the Laser Zentrum Hannover e.V. (LZH) is investigating an innovative approach to the generation of the “third harmonic”. Up to now, much time and effort is necessary to generate coherent radiation in the ultraviolet spectral range. Current investigations should show whether this can be achieved with a conversion efficiency of at least 15 % in the future by means of dielectric layer systems. Subsequently, the research team will be considering the scalability and market potential of this new process, too.

More efficient processes for the generation of extremely short laser pulses play an important role in the research work on the fundamentals of laser physics. At the moment, there are many applications in the fields of medicine, process technology and metrology, and in research. Critical factors which hinder the widespread use of this technology are especially the comparatively high efforts and costs, as well as the often limited lifetime of non-linear conversion crystals.

In comparison to conventional methods, the THG (Third Harmonic Generation) layer consortium is focusing on dielectric layer systems. In contrast, existing processes use non-linear crystals for frequency doubling in the first step, and in the second step generate the third harmonic by mixing the laser frequencies. The two crystals used must be made and coated with utmost precision, and stabile conditions must be kept during conversion. For these reasons, the processes are rather cost-intensive.

New approaches using dielectric layers
Thanks to significant progress made in the last few years, modern optical coatings have a much higher technological potential. Due to higher precision during manufacturing and better exploitation of non-linearities and other functional characteristics, completely new possibilities are feasible.

The process approach using dielectrical layers has already been proven to be functional. However, a sufficient improvement of the conversion efficiency was not expected, due to the low thickness of the optical layers. And this is exactly where THG layers come in: By skillfully selecting the layer materials and sequence, the Institute for Quantum Optics of the Leibniz Universität Hannover, the Department of Physics of the University of New Mexico and the Laser Components Department of the LZH plan on significantly improving the efficiency of the method.

Only one process step, due to a new layer sequence
Based on a special layer configuration, the new process generates the “third harmonic” in a single process step. The optical layers build a periodic structure leading to a phase-matched reinforcement, making efficient conversion possible. Based on the material characteristics, the direct conversion processes of conventional crystals only provide extremely limited conversion rates in the range of fractions of a percent.

If the research consortium can provide effective and long-term stable conversion processes by using optical thin-film systems, they could open up many new application fields in the long term.

The LZH is the coordinator of the transatlantic research consortium called “Highly efficient generation of the Third Harmonic in optical layer structures” (THG Layer). This three-year project is funded by the German Federal Ministry for Education and Research (BMBF) and managed by the VDI-Technologiezentrum.