From Hannover around the world and to the Mars: LZH delivers laser for ExoMars 2020 (General press) 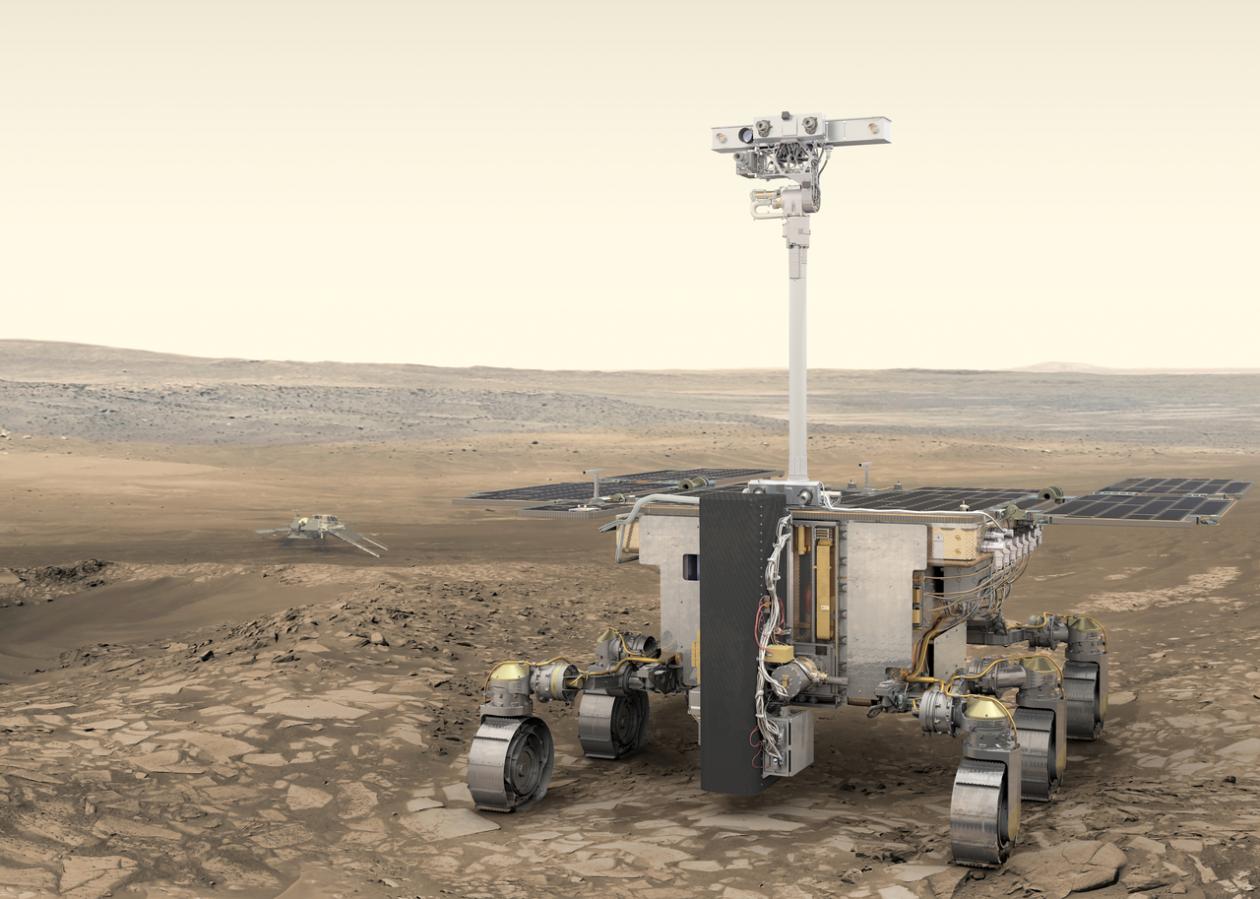 In three years, the rocket of the European-Russian ExoMars 2020 mission and a rover shall start their nine-month journey to Mars. Before this journey into space, however, the instruments in the rover still have a long way on earth in front of them. The Laser Zentrum Hannover e.V. (LZH) has sent its contribution to the first stage.

The laser head of the LZH has already arrived at the NASA Goddard Space Flight Center in the USA. But before it gets into the rocket to Mars, it still has a long way to go. "Lasers are really very sensitive instruments. Our MOMA laser has to endure a lot to function reliably on Mars”, explains Dr. Peter Weßels, Head of the Solid-State Lasers Group at the LZH, and sums up: "Mechanical shocks during the launch of the rocket and during the landing on Mars, cosmic radiation and very large temperature differences."

Searching for life on Mars
The laser head becomes part of an instrument called MOMA - Mars Organic Molecule Analyzer. This is supposed to track organic compounds in the Martian soil. For this purpose, the rover drills holes, pulverizes the soil samples and the laser of the LZH vaporizes the molecules contained therein. So they can then be analyzed by a mass spectrometer. If organic molecules are found, it can be a sign of possible forms of life on Mars.

Being on the safe side
Before leaving for the US, the laser head was thoroughly tested at the Max Planck Institute for Solar System Research in Göttingen, Germany. At the NASA Goddard Space Flight Center, USA, it is currently being built into NASA's Mass Spectrometer (MS) and retested. Once the test are successfully completed, the laser travels back to Europe as part of the MOMA and is installed there in the rover. At the end of the earthly journey and many tests, the rocket will be in Russia. Together with the rocket, the laser head from Hannover is expected to leave Earth in 2020.