In the EU project "High Performance Alexandrite Crystals and Coatings for High Power Space Applications" (GALACTIC), the LZH wants to develop a solely European supply chain for space-qualified high-performance laser crystals made of Alexandrite with the partners Optomaterials S.r.l. (Italy) and Altechna Coatings UAB (Lithuania). These laser crystals are to be used in earth observation satellites in space.

Laser systems in earth observation satellites generate data for the analysis of the earth's atmosphere and surface. So far, laser crystals made of neodymium-doped yttrium aluminum garnet (short: Nd:YAG) have been used. The emitted wavelength of Nd:YAG crystals, however, cannot be tuned. Alexandrite crystals are tunable by nature and also superior to Nd:YAG crystals in other basic properties such as thermal conductivity and breaking strength. Therefore, the European Space Agency (ESA) is currently investigating whether these crystals can replace YAG crystals in the future.

About GALACTIC
In the GALACTIC project, the Laser Zentrum Hannover e.V. (LZH), together with Altechna Coatings UAB and Optomaterials S.r.l., wants to improve the process of crystal growing and post-treatment, develop novel coating concepts and manufacture a laser demonstrator. In that way, an independent, solely European supply chain for Alexandrite laser crystals is to be set up. GALACTIC receives funding from the European Union’s Horizon 2020 research and innovation program under grant agreement No 870427.

More information about GALACTIC is available at www.h2020-galactic.eu. 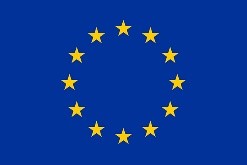