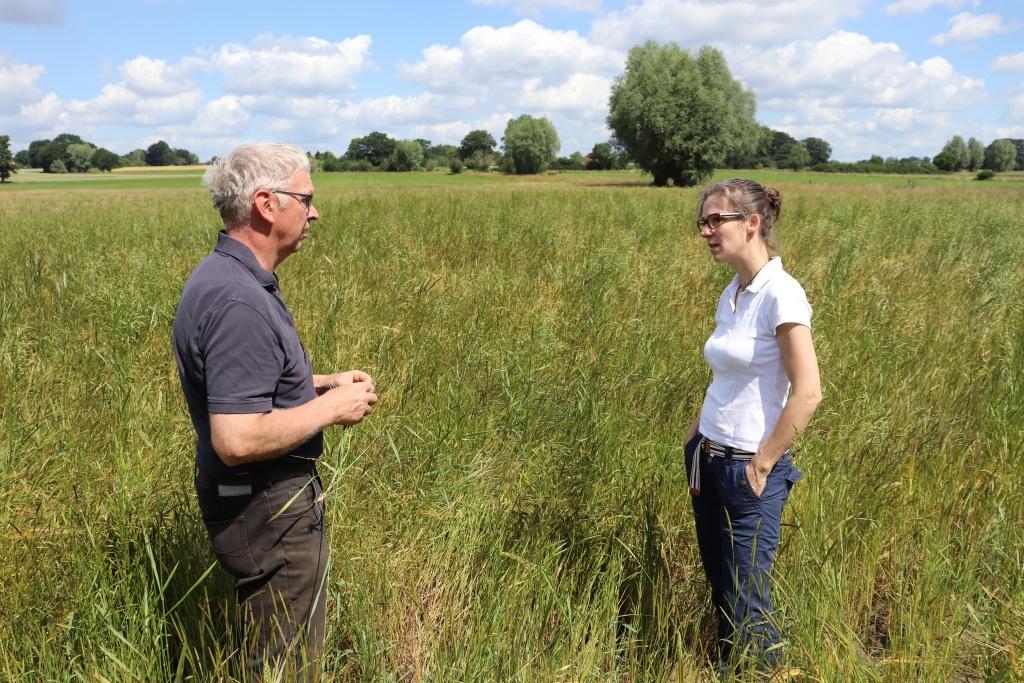 Grasses such as slender meadow foxtail and windgrass have become an acute problem on agricultural land. In the event of severe infestation, farmers are threatened with having to take agricultural fields out of production altogether. To develop alternatives in the fight against weeds and herbicide resistance, the Laser Zentrum Hannover e.V. (LZH) is now testing a laser-based approach for its practicality in the LURUU research project together with two farmers from the Hannover region, the Netzwerk Ackerbau Niedersachsen e.V. (NAN) and the Plant Protection Office of the Lower Saxony Chamber of Agriculture (LWK).

The basis for the laser-based approach is a very accurate detection of weeds using a camera and an object recognition software. A laser is then supposed to specifically irradiate and damage the growth center of the weeds. Initial preliminary tests have been promising. In the new project, this approach is to be extended to grasses such as slender meadow foxtail and windgrass. In contrast to dicotyledonous plants, the growth center of grasses is more difficult to locate.

Avoiding resistances
In the LURUU research project, scientists at the LZH are now training an image recognition software to reliably recognize the dicotyl weeds slender meadow foxtail and windgrass in different growth stages and sizes. Additionally, the project aims to develop a robust, field-suitable, and above all mobile laser unit that combines a plant recognition and the laser system. The partners want to test the system then on infested areas. The farmers, the NAN, and the plant protection office of the LWK will advise and test the approach for its practical suitability. The aim is also to develop a strategy for avoiding resistances in herbicides. As reduced herbicide use can slow down the development of resistance.

Giving crops growth advantage, preserving biodiversity
The damage to the weeds by the laser is purely thermal. The crop gets the decisive growth advantage: and thus wins the battle for light, water, and nutrients. With this approach, the weeds would not necessarily have to be killed completely. As part of integrated crop protection, this could therefore reduce herbicide use against grasses, prevent herbicide resistance, and increase biodiversity in the field.

For farmers, the problem of resistances is already very real. The farmer Friedel Könecke from Isernhagen, who is involved in the project, describes his motivation for participating in the project as follows: "Continuing to use many combinations of active ingredients creates to more and more difficulties. I have a wide crop rotation, but still have great problems in controlling grasses safely.” He would like to pass on the hoped-for knowledge advantage to his successor on the farm. "I consider myself innovative and open-minded and would like to be able to help with my ideas."

The second farmer in the project, Bernd Dröse, based in Klein Lobke (near Sehnde), is already accompanying and supporting trials on his agricultural fields, especially those against foxtail in wheat cultivation. He hopes: "The existing methods within the scope of arable farming possibilities, flanked by extensive herbicide measures, will hopefully be supplemented or eventually replaced by a functioning laser treatment.

About LURUU
The project "Laser application for weed control in resistant grasses and weeds" – LURUU is funded by the Chamber of Agriculture of Lower Saxony from EAFRD funds within the Euro-pean Innovation Partnership "Productivity and Sustainability in Agriculture" (EIP Agri).

The operational group consists of two farmers from the Hannover region, the Netzwerk Ackerbau Niedersachsen, e.V. (NAN), the Plant Protection Office of the Lower Saxony Chamber of Agriculture and the LZH.

There are three figures and one animation for this press release.