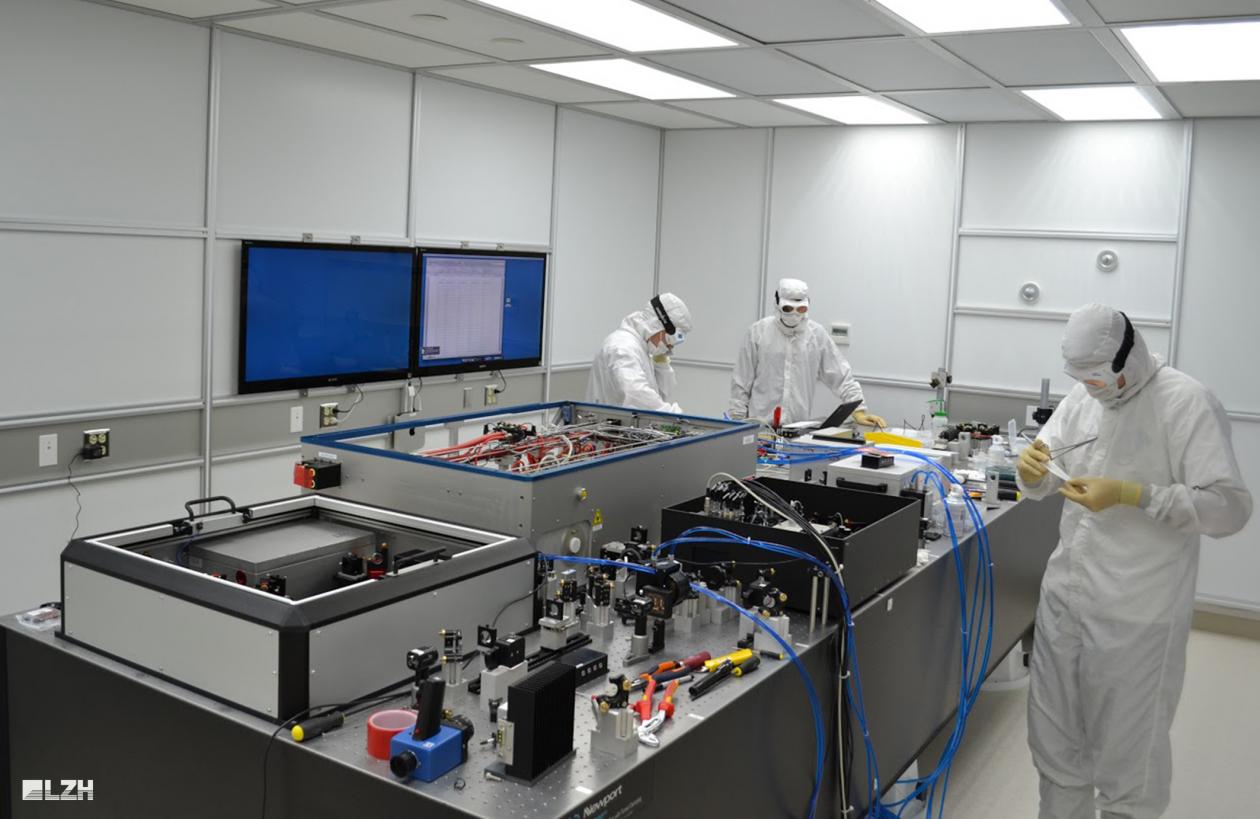 Scientists from Hannover were directly involved in discovering gravitational waves at the beginning of 2016. The Max Planck Institute for Gravitational Physics (Albert Einstein Institute; AEI), the Leibniz Universität Hannover and the Laser Zentrum Hannover e.V. (LZH) jointly developed the highly precise laser technology for the American LIGO detectors. The Max Planck Society is now supporting the development of laser systems for the third generation of gravitational waves detectors. In the next five years, the AEI and the LZH will have 3.75 million euros at their disposal for this. For the future gravitational wave detectors, not only the formerly used wavelength of 1064 nm but also the range around 1.5 µm is being discussed. The scientists want to use this wavelength to increase the sensibility of the detectors. Consequently, the LZH is working on concepts and prototypes for lasers of both wavelengths. The AEI will further develop the output stability of the laser.